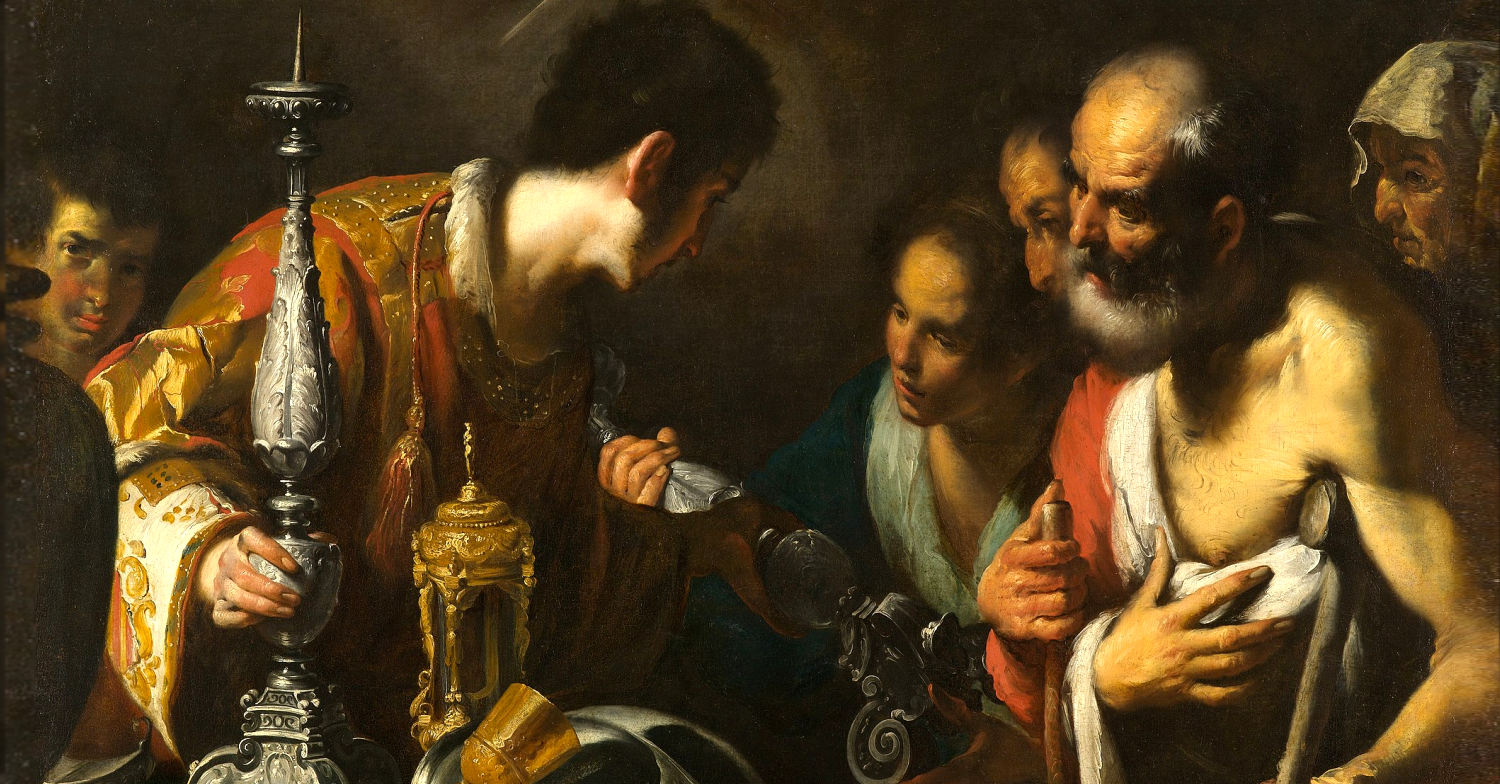 "Love is a fruit in season at all times, and within reach of every hand."

This saying is appropriate for me at this time of the year. I love fruit, and at this time of the year, I'm looking for the best fruit stands. My dear partner is always looking at the counter in our kitchen saying things "I didn't know the entire produce section could fit in here!" At the same time, it's a saying that is so appropriate for each of us. Regardless of talent or stage of life love is close at hand, to experience for ourselves and to share with people in our lives. What a gift God gives us!  Love is the gift that is enjoyed in the giving...just like strawberries!

Today we celebrate Lawrence, who as a Deacon illustrates this saying in a powerful way.

The following is taken from For All the Saints published by the Anglican Church of Canada:  Laurence, 10 August Deacon and Martyr at Rome, 258 — Memorial

Today we honour Laurence, a deacon of the Roman church who was martyred in the middle of the third century. As a deacon, he assisted the bishop at the eucharist by reading the gospel and administering the cup. Laurence also had charge over the wealth of his church, to see that it was used for the relief of the poor and the needy.

On August 6th in the year 258, during renewed persecution of the Church, he was arrested with his bishop and several other deacons. Later that same day, all of them were beheaded, except Laurence. The pagan magistrate knew that Laurence kept his church’s money and ordered him to hand it over. The deacon asked for three days’ grace, and on August 10th he came to the magistrate and led him out into the courtyard. The yard was filled with beggars, widows, lepers, cripples, and the mentally ill. “Here,” Laurence said, “this is the Church’s wealth!” Enraged by such daring, the magistrate had him executed at once.

Early in the fifth century, Augustine of Hippo summarized the meaning of his example in this way: “Laurence ministered the blood of Christ to the faithful, and for the sake of Christ’s name he poured out his own.” We may never reach Laurence's level of saintly heroism but this week, let's faithfully share Christ's love as we find opportunity.

With prayers for you and yours,

The Feast of St Matthew Welcome Back Everyone! A Final Farewell to Our Queen