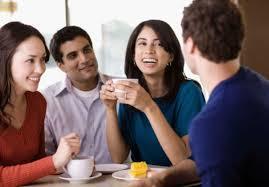 Recent reports in the Washington Post https://wapo.st/2tD5k1J and CNN https://cnn.it/2tE8qCx that large churches have buried their brand of conservative or fundamentalist theology deep underneath a veneer of inclusivity in order to attract high profile celebrities like Justin Bieber and Chris Pratt are quite revealing.  I don't usually write about the failings of other churches and I'm the first person to admit that all congregations and denominations are made up of flawed people who are sometimes prone to putting their best foot forward and sweeping "unpleasant realities" under the carpet.  But what the media has recently revealed is a whole lot more disturbing: churches, often large churches, doing all they can to appear "hip" and "inclusive," sometimes even "affirming" of women and LGBTQ members of society while at the same time closeting (pun intended!) an exclusivist theology that views women's leadership as illegitimate and members of the Queer community as "disordered" at best and hellbound at worst.

These churches do not actually want members of the Queer community attending their churches, indeed they often do all they can to propagate gender stereotypes in their sermons and social structures.  The people they do want to attract are the more educated and economically well-off; traditionally that slice of society that is more likely to be more open to prevailing cultural values, which in North America is increasingly more open to women taking leadership roles and the acceptance of members who identify as something other than "straight."  These churches know that clearly articulating their views on human sexuality and gender in a more patriarchal, heterosexist way is not popular and will certainly cause many, especially the rich and famous, to avoid darkening their doors.

This fundamental dishonesty is nothing less than a smarmy "bait and switch" sales tactic.  Leaders in these churches are willing to risk the reputation of the wider church for what they surely must know is a short term advantage in "crowd size," which for any reader of the gospel accounts is no sure sign of "success."  Make no mistake, all churches suffer when, for instance, the Roman Catholic Church tries to hide the extent and depth of its abuse scandal; similarly, all churches suffer when a few churches, so desperate for celebrity endorsements and "butts in seats" tacitly tell lies by misrepresenting who is and who isn't truly welcome in the Church!

It's almost as alarming that the expose of these practices comes in "the secular media" and not through official church organs like church journals and newspapers.  There is one organization, Church Clarity, that is urging churches to have the courage to register with them and proclaim where each stands with regard to women in leadership and whether a congregation is affirming or not with regards to non-heterosexual relationships.  All Christians should demand this kind of clarity from their leaders and churches.  When it comes to things as the inclusive or exclusive nature of God's love, the Church's position on same-gendered, same-sex sexual expression, and the understanding of the texts in the Bible that either do or do not condemn certain types of sexual practice, people are owed the honest opinion and doctrinal positions of their denominations, congregations and leaders.  Without that, why would anyone entrust their pastoral needs, their confession of sin, indeed, their deepest struggles to leaders who don't have the guts to be truthful and authentic?