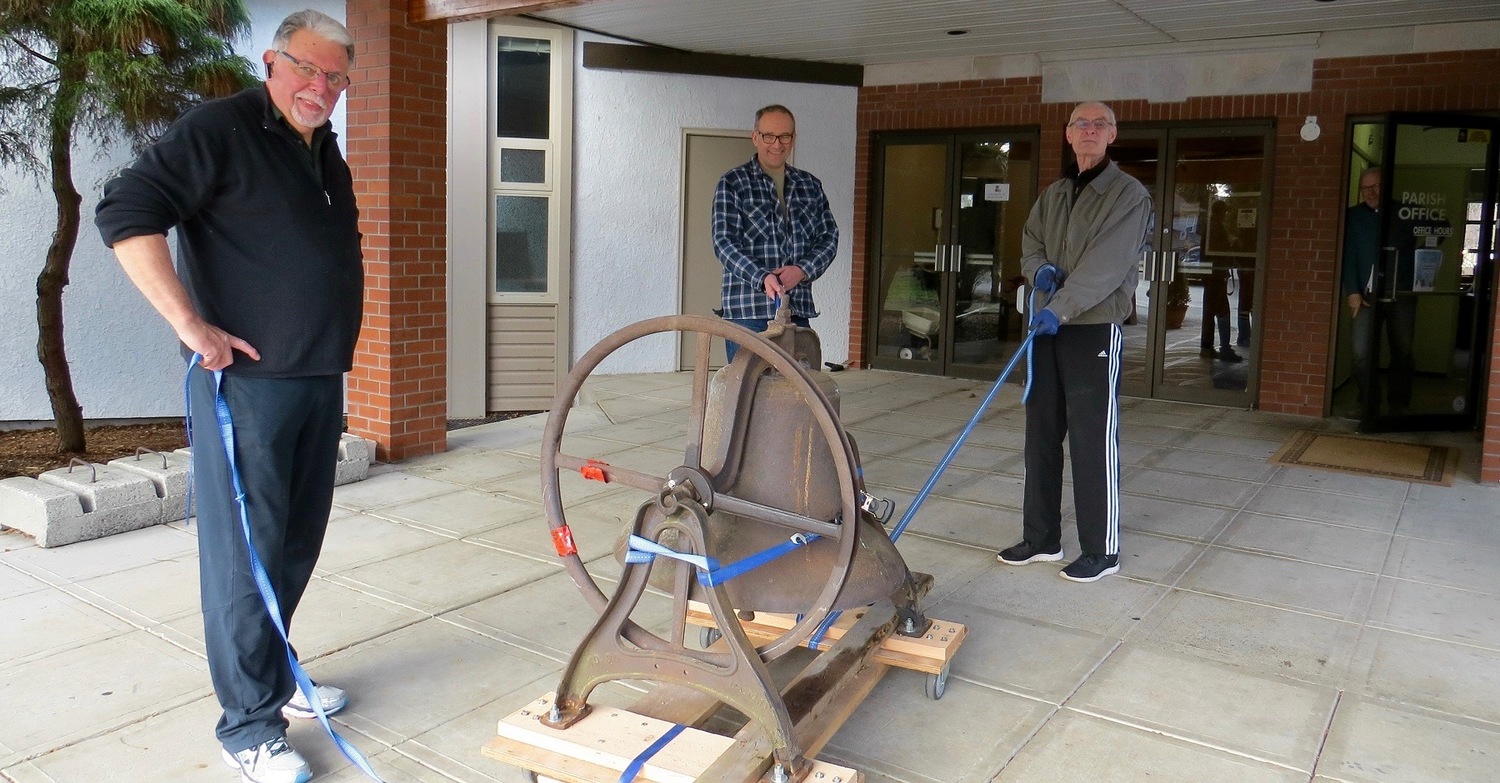 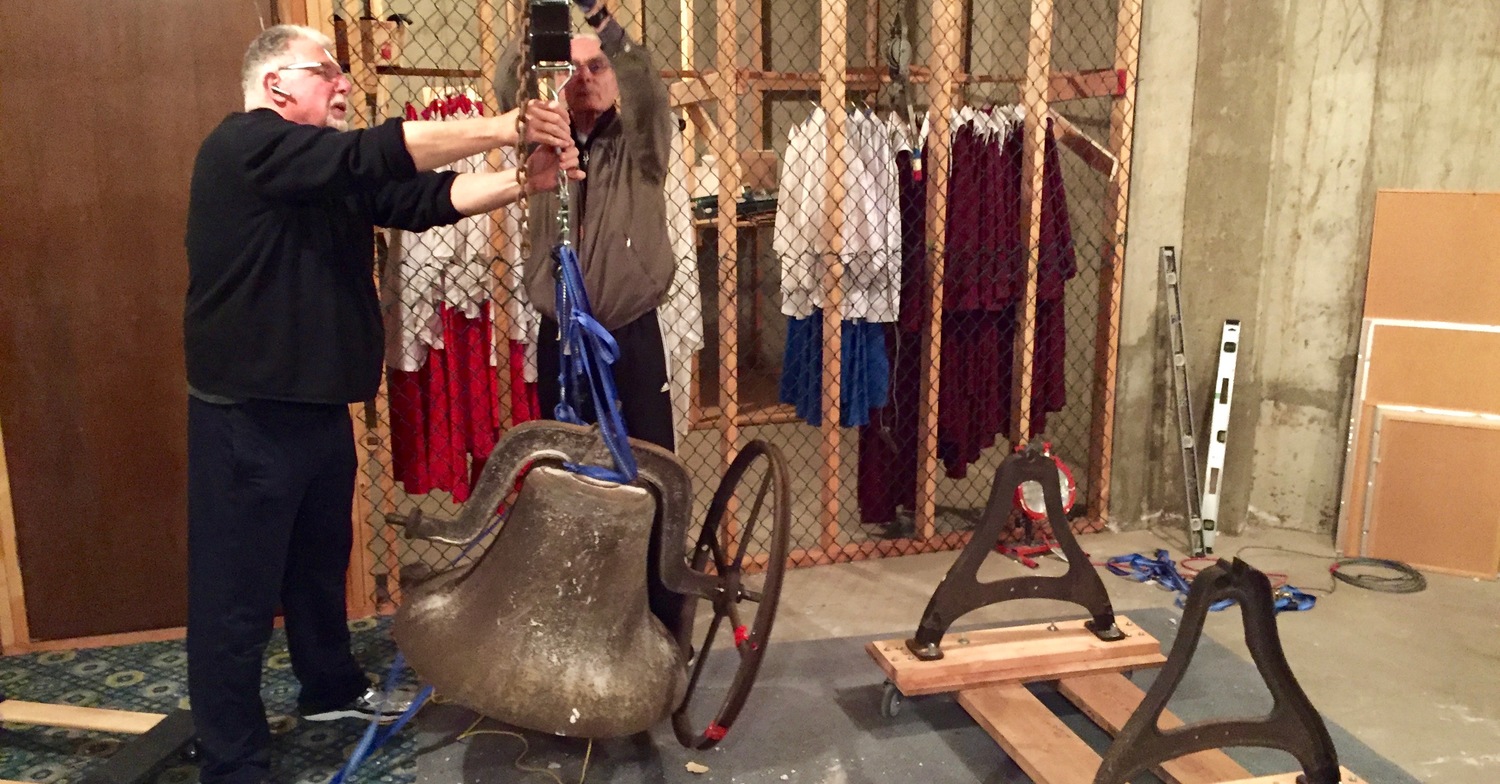 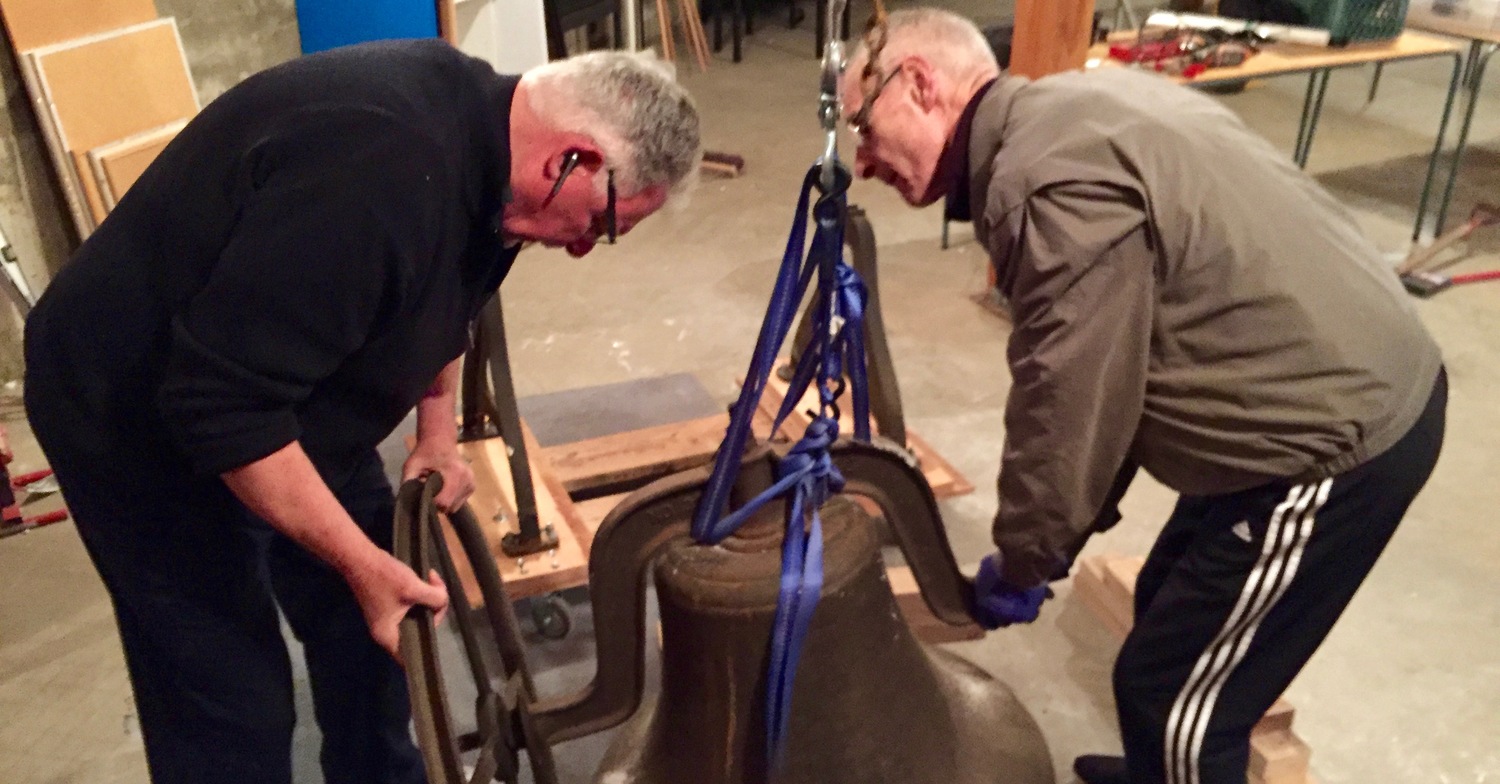 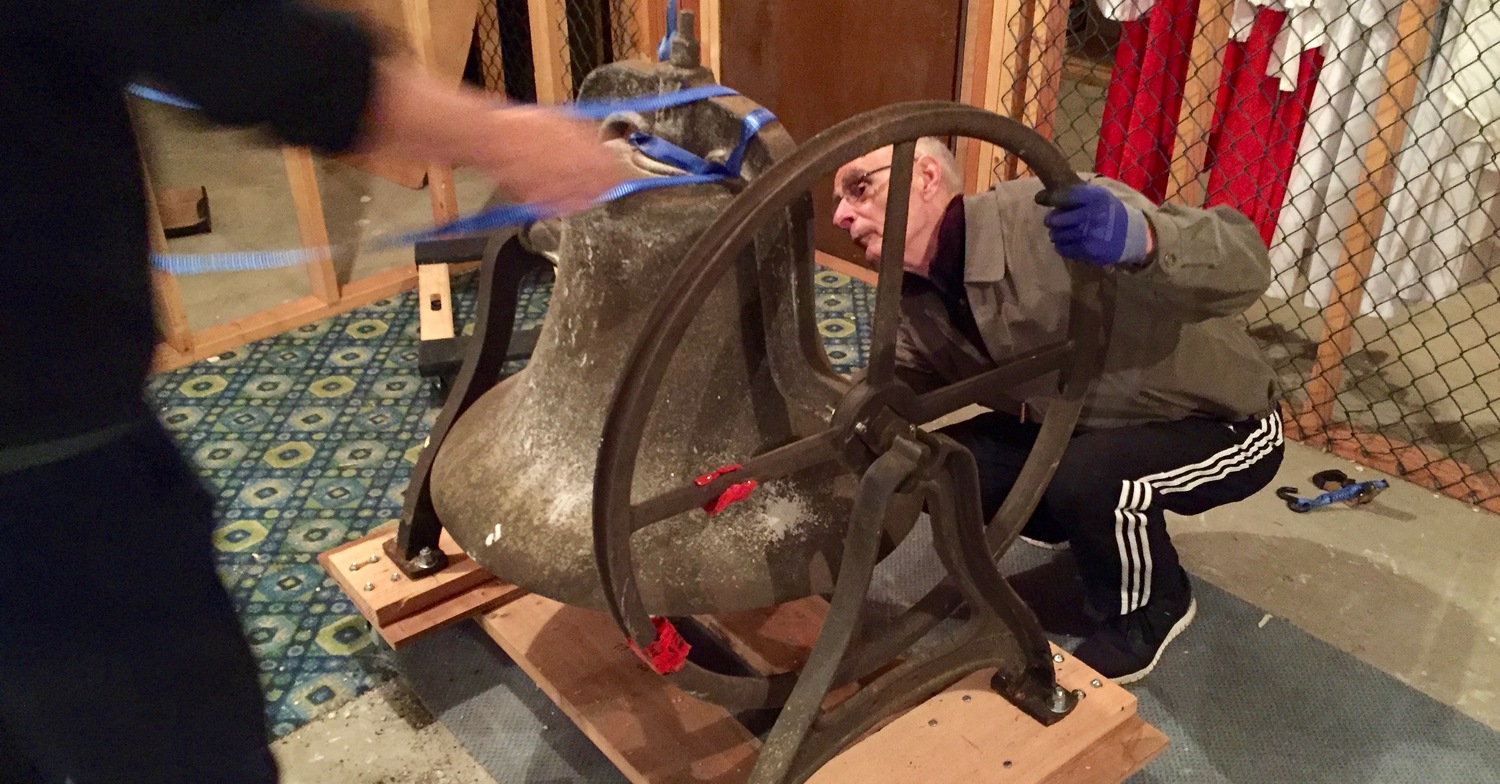 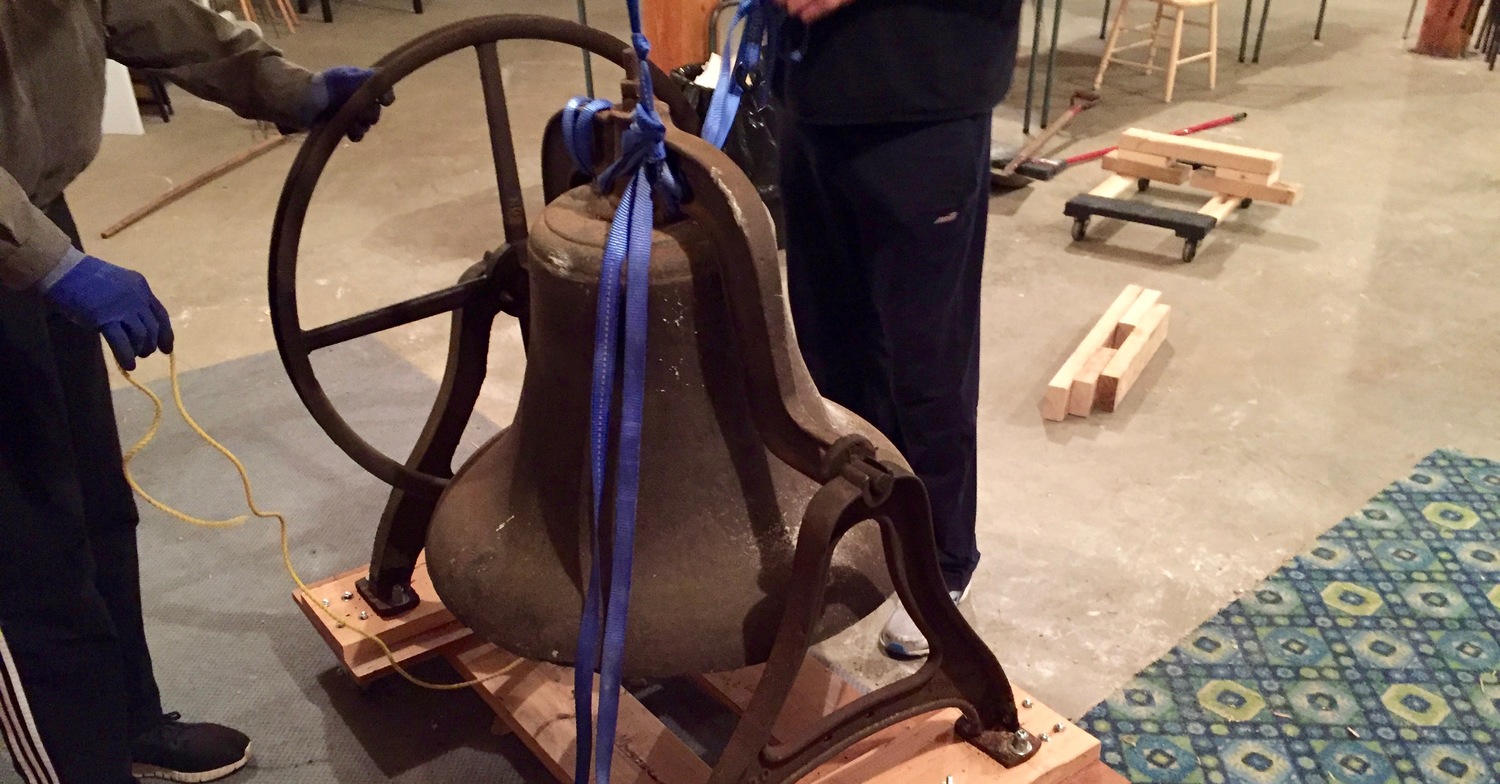 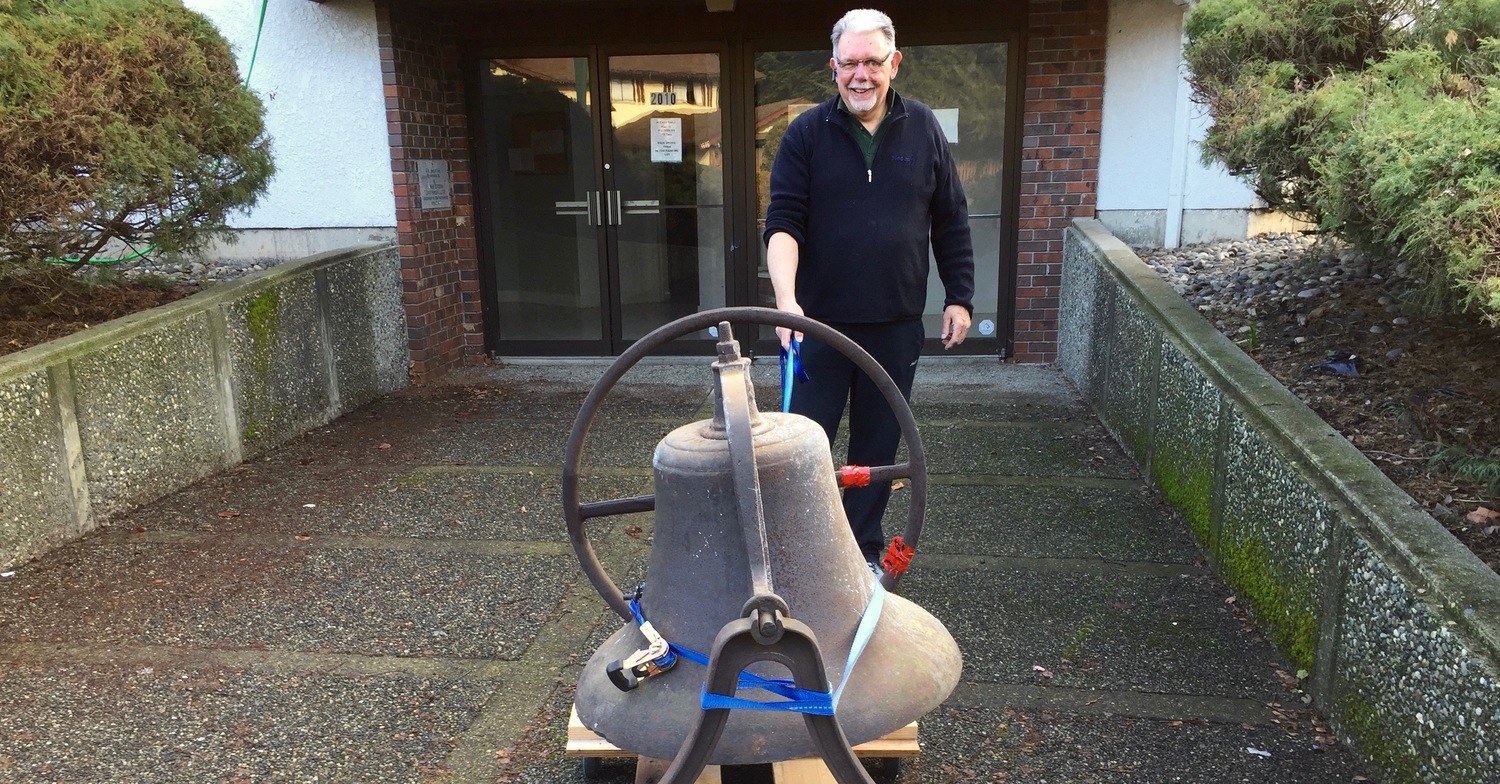 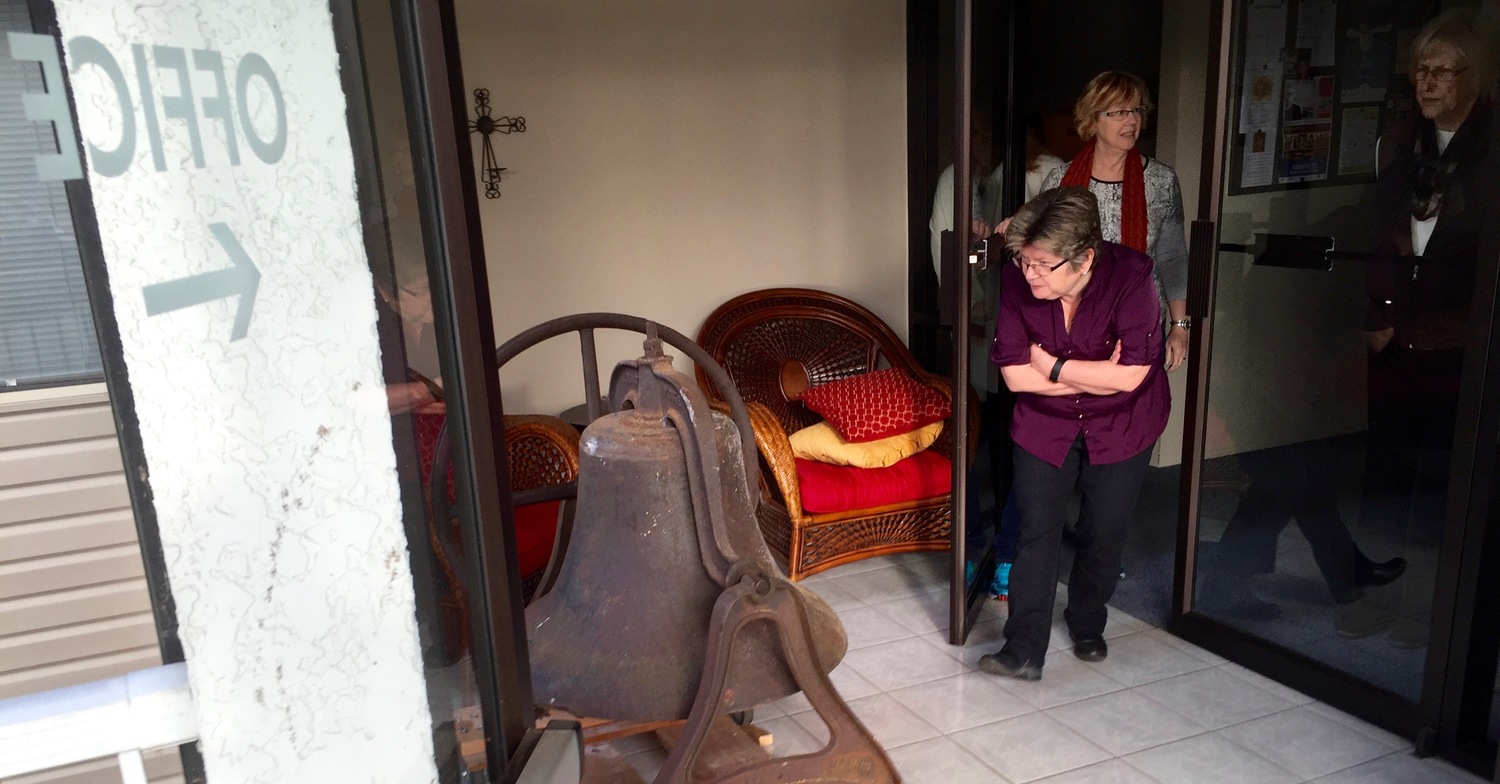 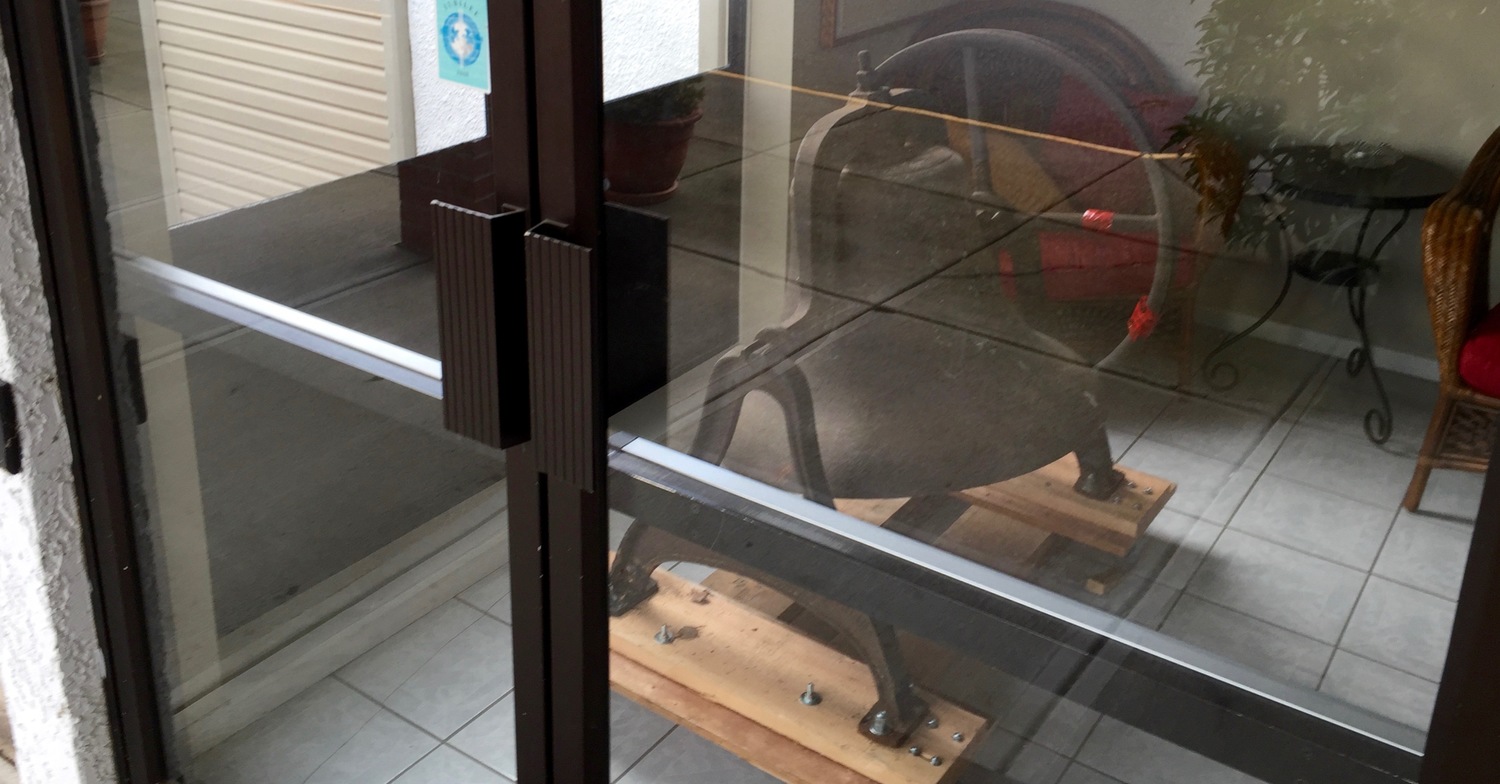 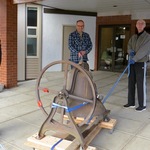 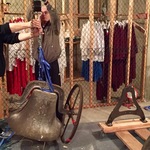 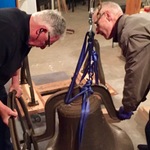 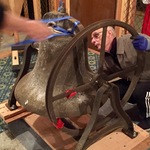 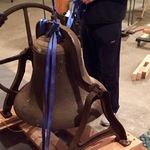 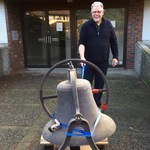 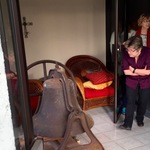 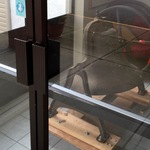 Some years ago, when the roof tiles were replaced on the church hall, it became apparent that the deterioration in the structure of the belfry meant the bell had to be taken down. Since that time, it sadly stayed on its side in the basement.  Caretaker Bob Dunn made it a personal project to refurbish and clean the bell.  He measured, designed and built a dolly able to safely transport the bell through basement corridors, up and around outside sidewalks and parking lots to its new "temporary belfry".  Two other people were recruited to aid and record this event.

The bell is once again ringing in the neighbourhood.   Further refurbishment must be done.  Sometime in its history the clapper became bent.  It does not reliably stay in the clapper springs, sometimes dampening the ring.  As this is a "western-style" bell, rung by swinging the bell itself, a rope (with the ability to attach a drive mechanism, frequently human) should be in place once it is moved off its dolly.